Yadadri Temple Is All Set To Welcome Devotees 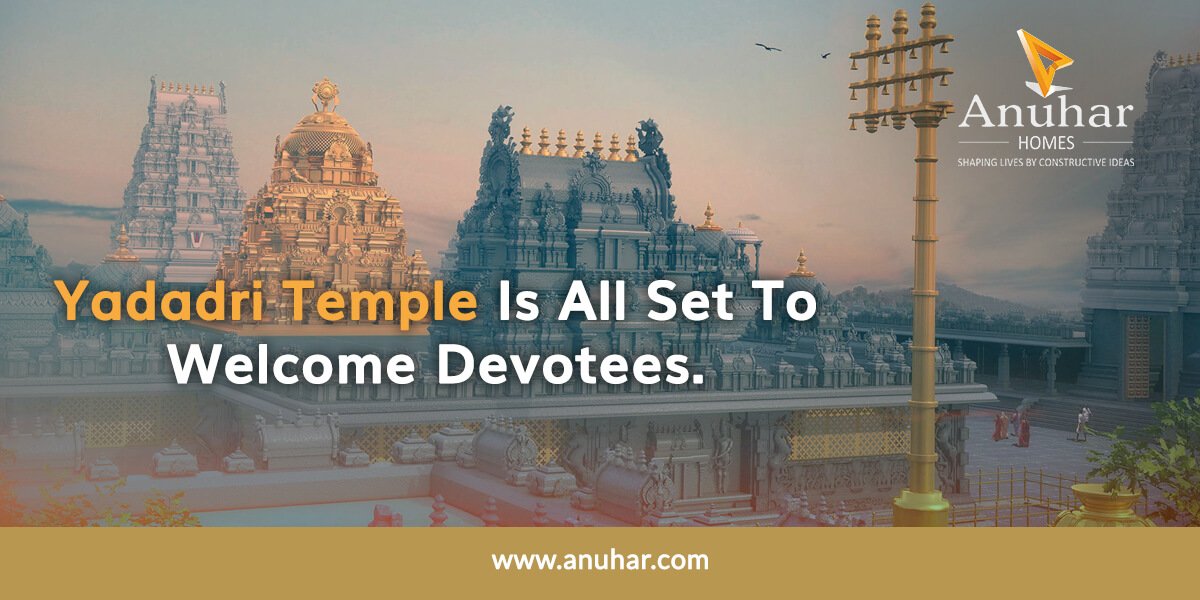 Yadadri is considered the abode of Lord Narasimha, an incarnation of Lord Vishnu who sacrificed himself to protect his devotee Prahlad from his father, the demon Hiranyakashapa. Yadagiri Gutta is situated in the Yadadri range of hills on the banks of the Krishna River and close to the borders between Telangana, Andhra Pradesh, and Karnataka states. It is situated 60 kilometers from Hyderabad.

Yadadri Bhuvanagiri has always been a special place since it is considered sacred by the locals. This site was once believed to be the holiest of all holy spots in ancient times, as it was deified by Sage Yada Maharshi. Yadadri was formerly named after this great sage and over time, the name evolved into its current form – Yadagiri Gutta.

As per the Yadagirigutta Development Authority, six villages in this district will come under its jurisdiction. This includes Yadagiripalli, Saidapur, Raigiri, and others – totaling 6279 acres of land. The YTDA must develop these villages to make sure that Yadagirigutta Temple becomes one of the world’s major tourist attractions.

The YTDA (Yadagirigutta Development Authority) will develop Saidapur, Raigiri, Mallapur, Datarpalli, and Gundla Pally in a way that not only attracts tourists to them specifically but also to the area encompassing them. By implementing this plan, the temple can be considered one of the most important destinations on any tourist’s list!

Yadadri temple in Telangana will be a marvel of architectural brilliance. It is going to be the largest temple in India, with a length and width of 1,082 feet. When co, it would also be the largest man-made structure in India, overtaking the Qutub Minar of Delhi by over 50 feet.

The new Yadagirigutta temple is completed, and devotees will be able to see it starting on March 28, 2022. This temple is the world’s largest Krishnashila temple built in the past 100 years. The Yadadri temple project is costing the Telangana government Rs 1,200 crore, of which Rs 1000 crore has already been spent. The budget set is more than that of Ayodhya’s Ram Temple.

Yadagirigutta is a rapidly developing region. It has a high potential for future infrastructure and real estate ventures.

Yadagirigutta, otherwise called the sanctuary town, is well known for its Sri Lakshmi Narasimha Temple. It is situated in the nearby regions of Wangapalli, Raigiri, Aler, and Bhuvanagiri.

In a couple of years, this area will likely see new real estate ventures and huge infrastructure growth.

It is additionally well known as a traveler spot because of the Lotus Temple and Bhongir Fort, a part of the close-by attractions in this region.

Yadagirigutta holds great potential for land development, particularly for those hoping to acquire great profits from investments over the long haul.

Since the area in and around Yadagirigutta is as yet established there are very few ongoing private activities here. The area offers huge properties at reasonable rates. Improvement has recently taken up and it will require some investment for this area to be completely evolved.

This area is now all set for investors and those seeking to purchase reasonable plots for future development.

This makes Yadagirigutta the most possible location and main objective for real estate growth in the following five years. This region will witness huge infrastructure and improvement plans and the neighborhood community is pushing for it. Connectivity is expected to improve soon with new rail and metro stations close to Hyderabad.

In the Yadagirigutta Temple Development Authority’s (YTDA) development plan 2035, a four-path parkway is designated between Raigir and Yadadri. A rapid metro rail is likewise planned to interface Hyderabad, within a travel time of thirty minutes. As indicated by a realtor in Yadagirigutta “There are plans to build an IT park on the Hyderabad – Warangal Highway.

While the Yadadri Temple and infrastructures are ongoing and almost done, Yadagirigutta is now a well-known tourist spot in Telangana and Andhra Pradesh and an ideal hotspot for future investments.

YTDA now has given rise to a new temple infrastructure along with a ring road around the Yadadri temple for easy access.

Real estate developers looking to invest in this area can step ahead as it is yet in the finished stage.

Nonetheless, Yadagirigutta is all set to become one of the sensational real estate hotspots in the next 2-to 3 years.

Development of the Five Pass ways:

1. National Highway 169 to the Temple

The government aims to develop Yadagirigutta as a spiritual base in line with Tirupati. A four-lane road from Raigiri to Yadagirigutta has also been formulated for it. Internal roads within the region are also being improved. Other plans are upfront to provide a railway for the temple town, besides bus and other facilities.

So, how excited are you to witness this marvel of architectural brilliance and invest in this developing hotspot? 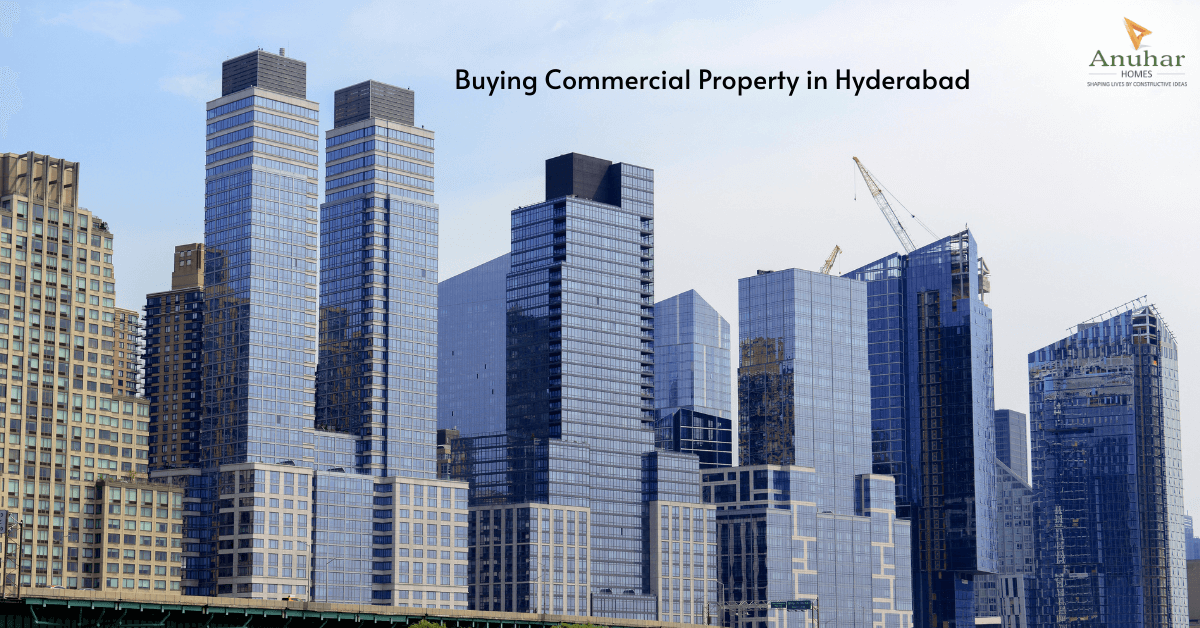 When Buying Commercial Property in Hyderabad, Consider These Factors? 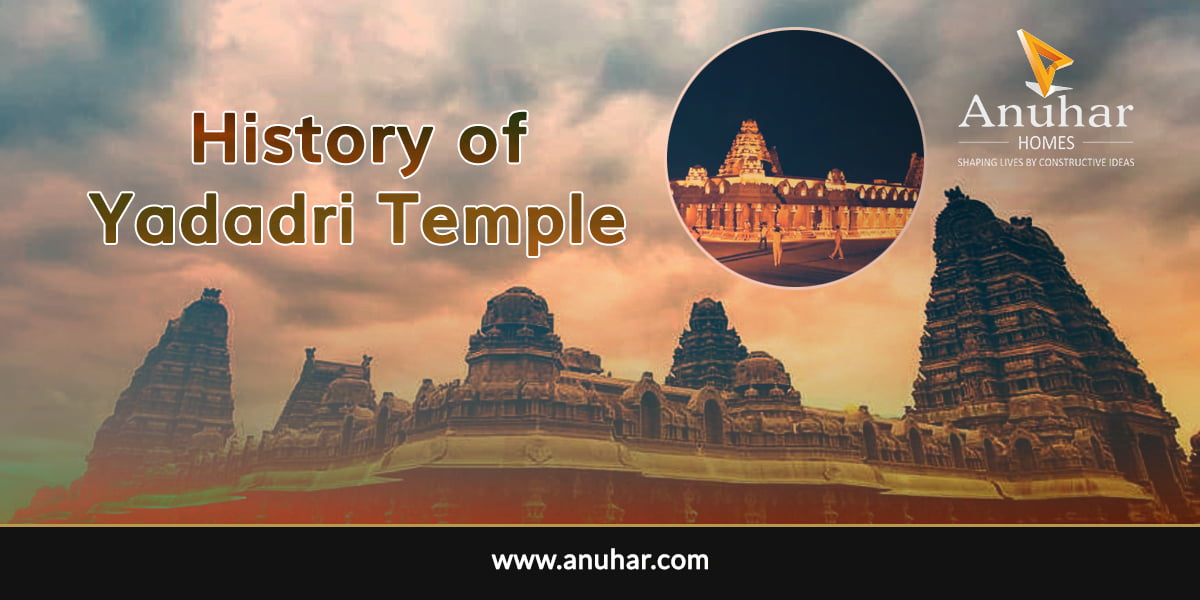